One of the most influential relationships of my life began with a simple phone call. I was in one of my obnoxious adolescent moods when I heard the phone ring. I grabbed the receiver and delivered my well-rehearsed greeting: “City Morgue—you stab ’em, we slab ’em. The good ones go to heaven and the bad ones go to . . . hello!”

Without missing a beat the person on the other end of the line replied, “This is your Aunt Martha, and that’s the rudest thing I have ever heard from anyone your age. You ought to be ashamed of yourself!”

Tim Tjosvold, the new youth pastor at our church, had tried to talk with me on a number of occasions. Up to that point I had been only an observer, not a participant, in the life of the youth group.

“Well, I wondered if you could help me out,” Tim said. “As you know, we’re working on a youth choir production, and I was—”

“I’m not a singer,” I said, hoping to cut the conversation short.

“Well, no, not everyone is. But you see, there’s a great deal of drama in the production and—”

“I’m not an actor, either,” I interrupted him a second time. There was a pause on the other end of the line.

“We also need someone to help out with props and a few other odd jobs. Would you be willing to swing a hammer with me for a couple of Saturday afternoons to help make a small stage?”

I was the last person in the world who should have been invited to swing a hammer. Tim was probably the second-to-last person. We were both “handyman-challenged.”

I couldn’t think of a good reason to refuse Tim’s request and soon found myself committed to working with him. In spite of countless bent nails and hours of frustration, we became friends. The time Tim and I spent together during those weeks produced more than a small, precarious stage. It laid the foundation for mentoring.

Whether or not it was a conscious decision on his part, Tim engaged me in a discipling relationship. A biblical example of this is the relationship between Barnabas and Saul (who would later be known as Paul). Together, they taught and ministered to the believers in Antioch, a task that built trust and companionship between the two men (Acts 11:25–26). From a discipleship standpoint, the key element was not what the two did in their time together but the relationship that developed.

Barnabas acted like a master craftsman as he imparted his life to Saul. We observe four basic principles of construction in their relationship that can help deepen our understanding of the concept of relational discipleship. I saw these same traits in Tim while we swung hammers together on those Saturday afternoons.

A wise builder demands an excellent finished product. This requires that he or she invest time and personal attention throughout the building process.

The fundamental principle Barna-bas modeled as he mentored Saul was the attention he gave their relationship. Barnabas’ traveling to Tarsus to seek out Saul speaks for itself; the elder believer showed interest and saw potential in this man.

When a godly person spends time with eager learners, he or she is bound to leave a lasting impact on their lives. Structured discipleship programs or studies have their place. But discipleship is not an assembly-line process. No program or method can take the place of relationships that influence others toward Christlikeness. As we rub shoulders with godly men and women, something rubs off on us.

Commitment to a Blueprint

The successful builder follows a plan throughout the construction process. He or she knows how the final product should look even before cutting the first two-by-four.

Clearly, Saul learned this from Barnabas, because later in his life he wrote of two key objectives in a discipling relationship. The first goal is character development—working to “present everyone perfect in Christ” (Col. 1:28). The second is the multiplication factor: those in whom we invest our lives will also “be qualified to teach others” (2 Tim. 2:2).

Although a task or project can be included in the time spent together, the project is not the focus. Teaching ministry skills may also be part of the process, but even that is not the primary reason to be together. A discipling relationship focuses on helping others become more like Christ.

Profitable builders are familiar with the saying, “Rome wasn’t built in a day.” The phrase applies not only to construction but also to imparting Christlike character to others.

True disciplemaking takes time and a commitment to the growth of disciples. This is not an easily measured process, since the important foundational stages often do not offer visible results.

There is no way to measure the full extent of Barnabas’ influence upon Saul as the new believer observed Barnabas’ prayer habits, devotional practices and sense of integrity. That Saul emerged a different person after his time with Barnabas is undeniable.

Discipleship is not a microwave-oven operation. Much like the process in Saul’s life, disciplemaking requires a commitment to steady growth toward the desired goal of maturity in Christ.

A wise builder knows that part of his or her job is to coordinate skilled laborers. In the event that trained workers are not available, the builder equips others, sharing from his or her own skills and experience.

The best way for people who are called to ministry to prepare for the task is to work with an experienced person who can “show them the ropes.” Barnabas equipped Saul for ministry by working with him, not by merely passing along knowledge. The men spent time in the streets and in people’s homes, not in a classroom. They touched the lives of real people and dealt with tough issues in a church overflowing with new converts.

A builder knows the job is done when he or she can step back and look at the completed project. The result of disciplemaking is not a visible structure, but Christlikeness. The effective discipler builds into the lives of others, developing relationships that result in mature, reproducing followers of Christ.

Tim Tjosvold never has admitted that he had mixed motives when he called me that day years ago. But I suspect that building a stage was secondary. I’m thankful that this godly man came into my life first and foremost as my friend but also as one who would point me to Christ—even if it meant doing something as ordinary as swinging hammers on a couple of Saturday afternoons.

Note: Tim and Brenda Tjosvold now serve in Niger, one of the poorest nations in the world. 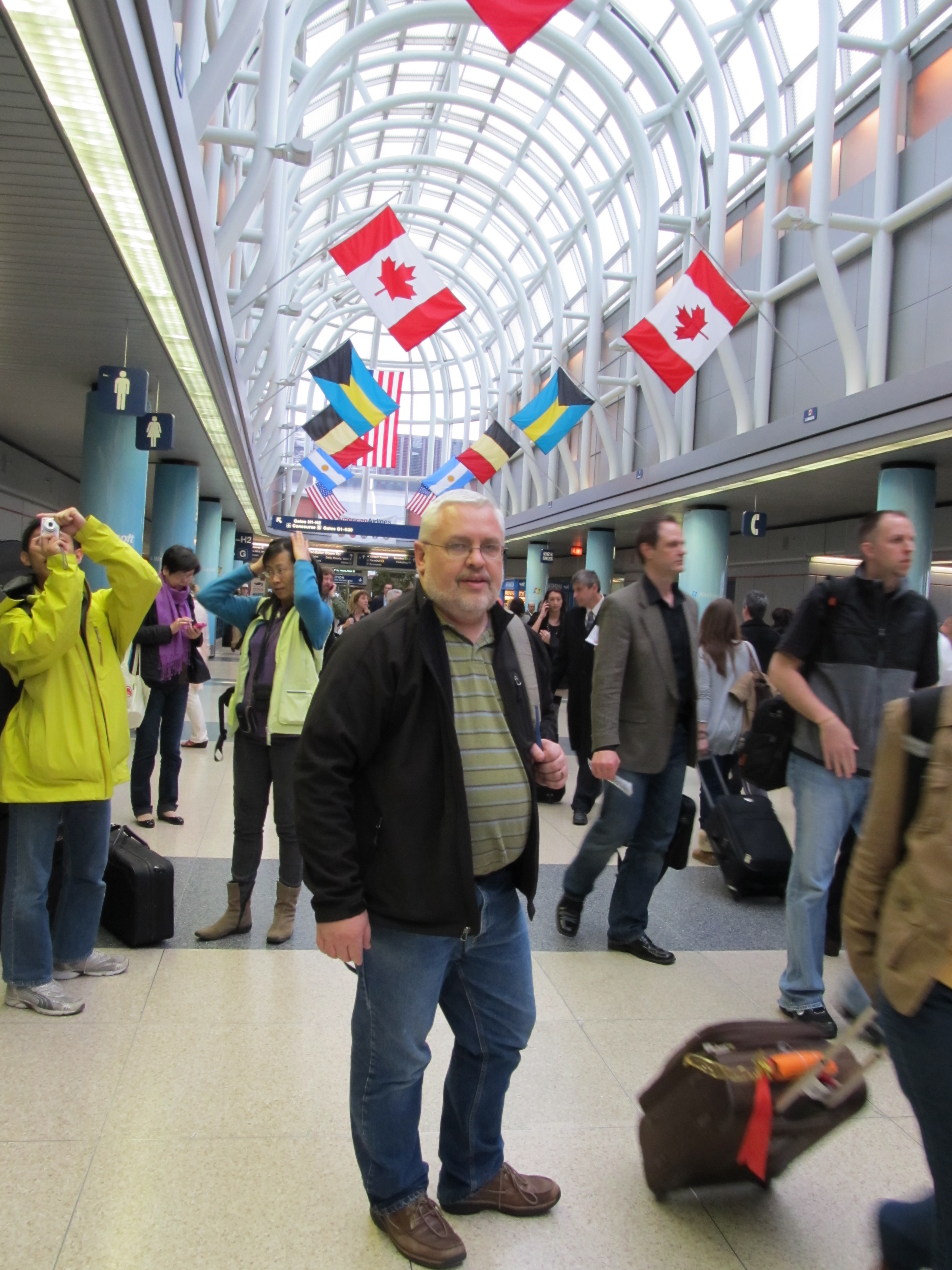